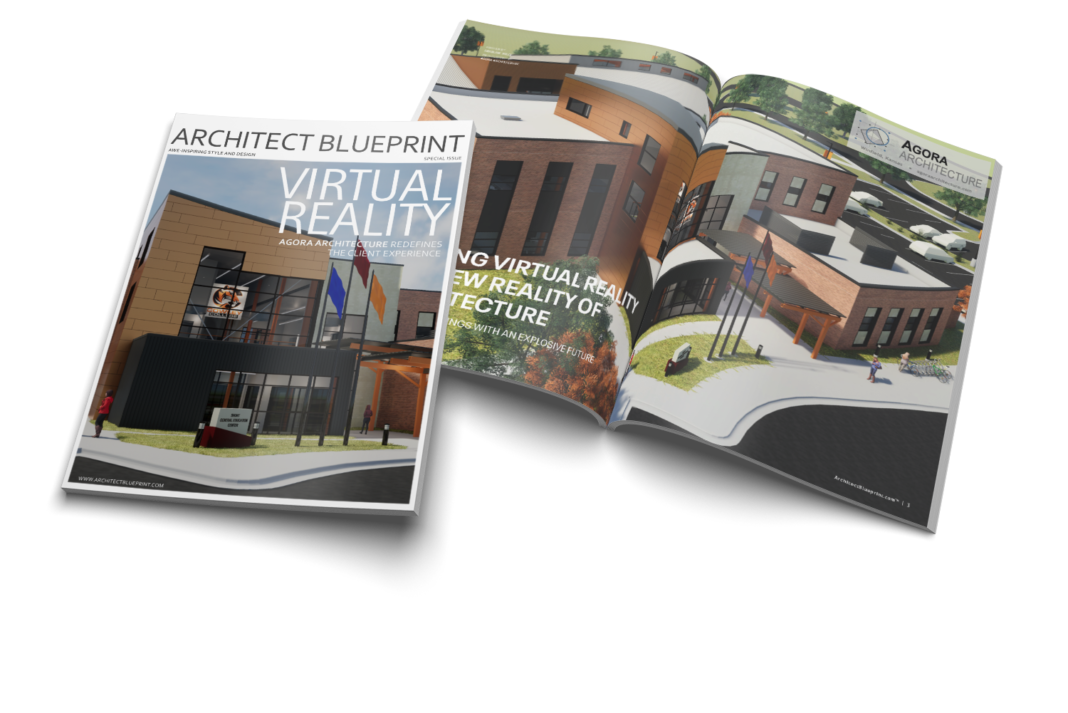 Agora Architecture makes reference to their 1924 beginnings as being “humble yet explosive.” Since then, they have relied on their legacy of success to continue moving forward in the world of architecture.

Based in Winfield, Kansas, the Agora team is dedicated to the success of their firm and utilizes state of the art technology, such as virtual reality, to continue their success into the future. For the past 93 years, Agora Architecture has been serving clients old and new. With 75% of their total clientele being returning customers, it is evident they are doing something right. 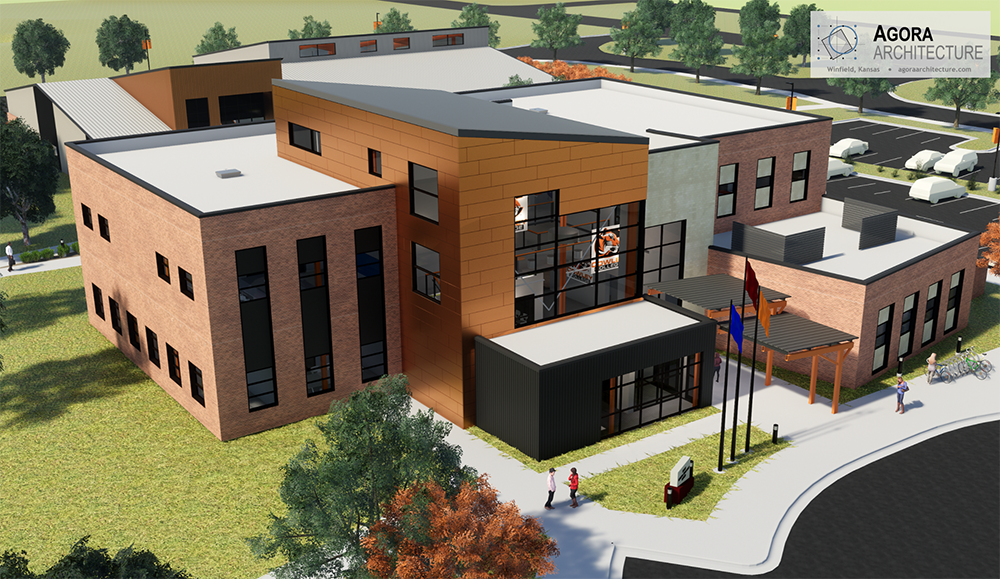 Agora undertook a large-scale project in their home state of Kansas by designing two new education centers and a courtyard gathering space for Cowley College in Wellington, Kansas. The Principal Architect on the project, Cheri Hulse, worked with other members of the design team to flawlessly integrate virtual reality into their workflow and thus impressed their client and maximized their effectiveness as a team.

Hulse and the design team were able to identify Cowley College as the perfect candidate to utilize this new technology since they too wanted to push the envelope of education and merge it with new technology. This project was Agora’s first client to desire virtual reality, making it a challenge that, in the end, profited great success. 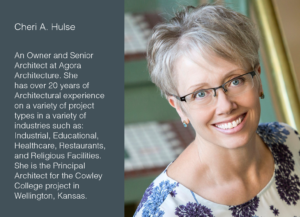 The team utilized Revit, Autodesk Software, to create their models and they utilized a Revit plug-in called Enscape to enhance the grass, trees, people, and building finishes. After creating this photorealistic visual experience, the rendering program was then uploaded to Iris-VR’s Scope App for easy distribution and accessibility.

Cowley College’s initial goal behind using virtual reality was to communicate the design of the buildings to potential donors. The college planned to unveil the design at a groundbreaking ceremony at the site of the new campus and expected around 250 people to attend, including 25 dignitaries from the State of Kansas. This proved to be a large challenge with a successful finish.

Cowley College chose to use cardboard viewers for the event to make VR accessible to each individual. Guests to the event were able to leave with a viewer. During the groundbreaking, these viewers were distributed along with step-by-step instruction brochures that were created to show how to download the Scope application, put in the code, and see the model in virtual reality.

This allowed Agora to create a virtual reality that was easily accessed by a large amount of people in a short amount of time. For those that were not able to use their personal phone for viewing, there were previously set up devices available with the assistance of student ambassadors from the college.

Together with Cowley College, Agora redefined the donor experience as well as the client experience. They recognized the importance of impressing both the client as well as potential donors and thus were able to successfully show Phase 1 of the campus before it was even built. The reaction of the attendees was pure amazement and awe. 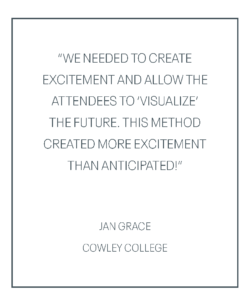 Not only were the attendees in awe, but even those that had been a part of the design process from the beginning were impressed with this new technology. Agora felt confident that the benefits of virtual reality would exceed their goals and expectations. Their confidence in their technology paid off, as Jan Grace with Cowley College raved, “We needed to create excitement and allow the attendees to ‘visualize’ the future. This method created more excitement than anticipated!”

Virtual reality is changing the way the Agora Architecture team works together. When one architect did not fully understand or was not on board with another’s idea, it was very simple to view the model in virtual reality and get a definitive decision without wasting any time.

Virtual reality also allowed Hulse and her team to make more informed decisions, such as changing the roofline on one of the buildings thanks to the ability to see the need for modifications in virtual reality.

Hulse shared the importance of virtual reality in her team’s decision-making stating, “By introducing virtual reality, we think we saved time both internally and externally with decision-making. We were able to button up schematic design in good time because the client was able to understand the design easily and give their approval.” As the second oldest and most experienced firm in the state of Kansas, Agora continues to make their mark utilizing traditions from their past while creating legacies for their future. 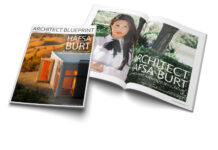 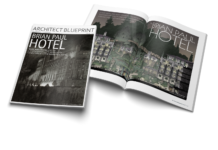 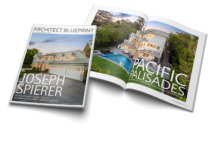 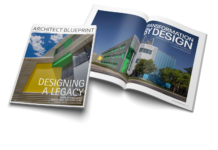 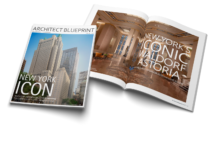 V&A Dundee: “A Conversation Between Nature and Artefact”

Architects Explain the Appeal of Portland, OR.: Part I, Transportation